James Bond is about to slap Barbra Walters.

I really do not understand this hypocracy. Look up any book in couple's therapy or basic psychology. It is stated very clearly that there are two forms of agression between humans: verbal/emotional and physical. The effects of verbal agression may not be as sudden as that of physical (sometimes they are!), but they can literally kill people. It is also well-documented that overwhelming majority of verbal agression is committed by women. Still, society overlooks it like it does not even exist. Sean Connery is at least not bullshitting: there are cases when women just provoke to be beaten. It's not nice, I don't advocate it either, but let's cut the crap: if this happens, women do have a responsibility here.
01/07/22

So he’s ready to slap. You see very well that he doesn’t mean it as defende but as a shut up, but no one should be shut young anyone with a slap not women or men.
01/07/22

It stopped a lot of bullshit from getting out of hand in the 50s. Look at Ward and June Cleaver. Happy as shit. Because Ward check her with the quickness every so often, she knew where the line was.
01/07/22

If you had any balls in the first place you would never have a situation where you need to hit a woman. "But what if she's the aggressor?" Then you fucked up earlier.
01/07/22

I agree absolutely but then there's the problem of men taking it too far or just get way too controlling. It's a fine l line that only can lead to no hitting solely because of how people can and will misuse it but then we have the women who can and will abuse anyway they please with verbal abuse.. It's all just unfair, ultimately your best bet is take your time knowing a partner before settling for one and if they're bad then dump them by telling them, "you're not my type and all communication will be blocked, best of luck in future" ignore her number, that will fuck her mind more than you realise especially that she can't get the last word in.
01/07/22

Nah we should not normalize to slap women. It’s true what he said about how women think and provocation, but slapping them is nowhere near the solution.
01/07/22

Drap and drop your image or gif or video here 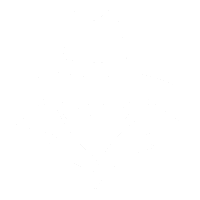